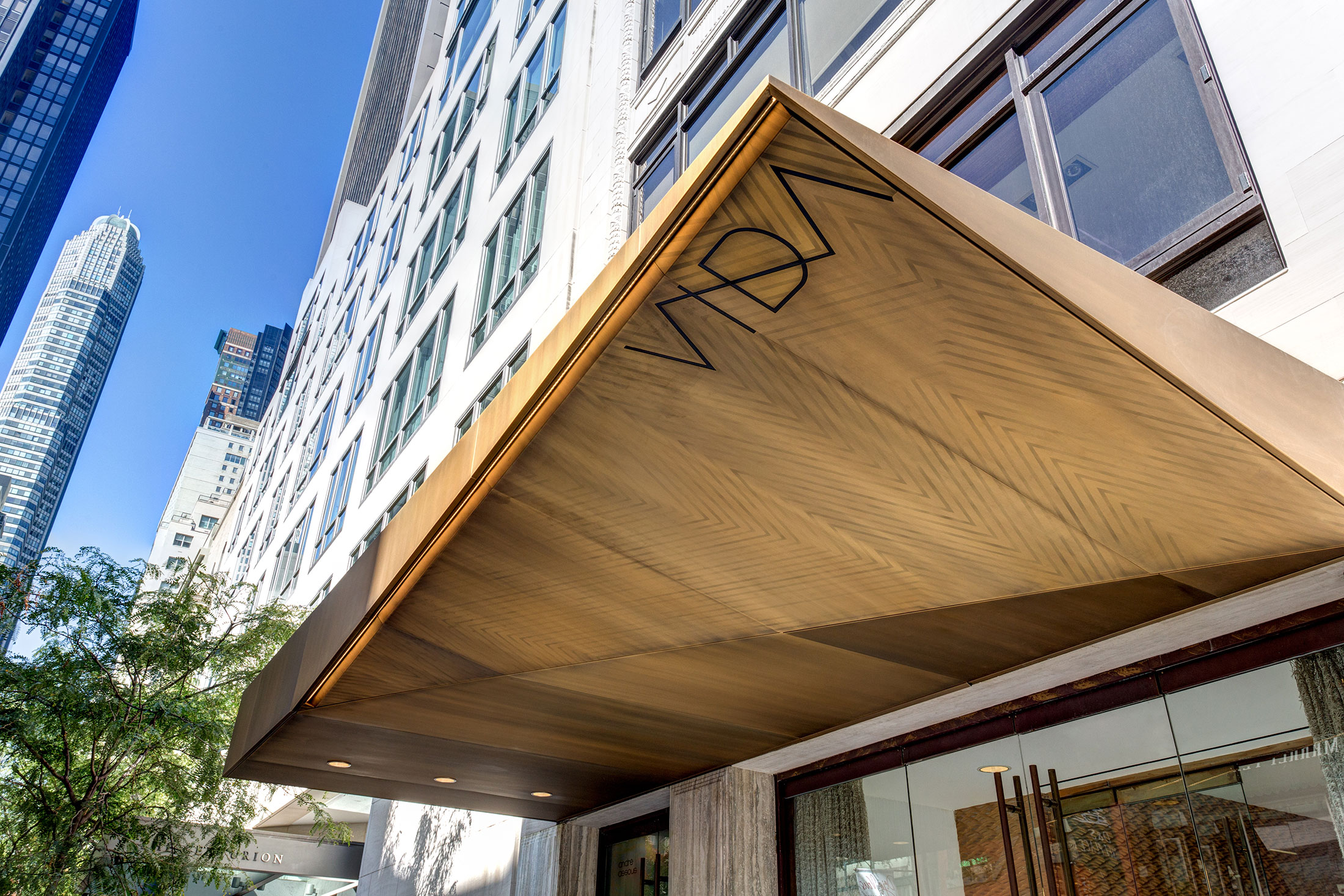 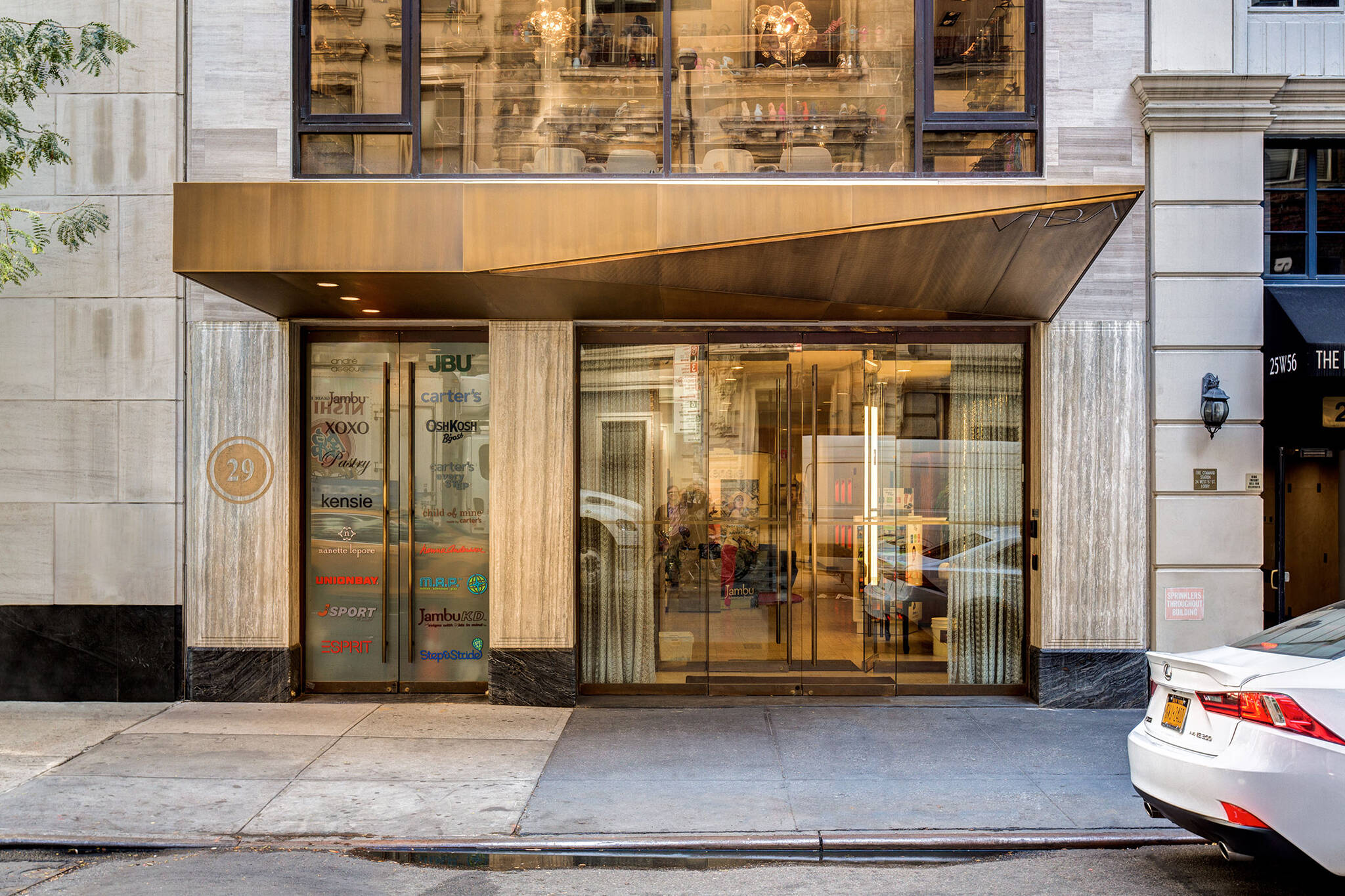 A canopy has two functions: to protect and to attract. For Vida Shoes International, on West 56th, DF&A’s brief was to design a canopy as broad as the city would permit, to protect guests and employees from rain and sun. But it also had to be a beautiful object, elegant and inviting. And since Vida was housed in a historic building, DF&A wanted to respect the materiality of the original construction while not trying to match or mimic it.

The resulting canopy is a cantilevered panel of custom fabricated brushed metal. A tapered edge salutes approaching pedestrians, revealing a custom-designed logo etched into the brass. The angles of the “V” and “A” in the logo’s lettering echo graphically across the underside of the canopy, which is illuminated by  hidden LED lights. It’s a simple, striking, and modern response to a historic context. 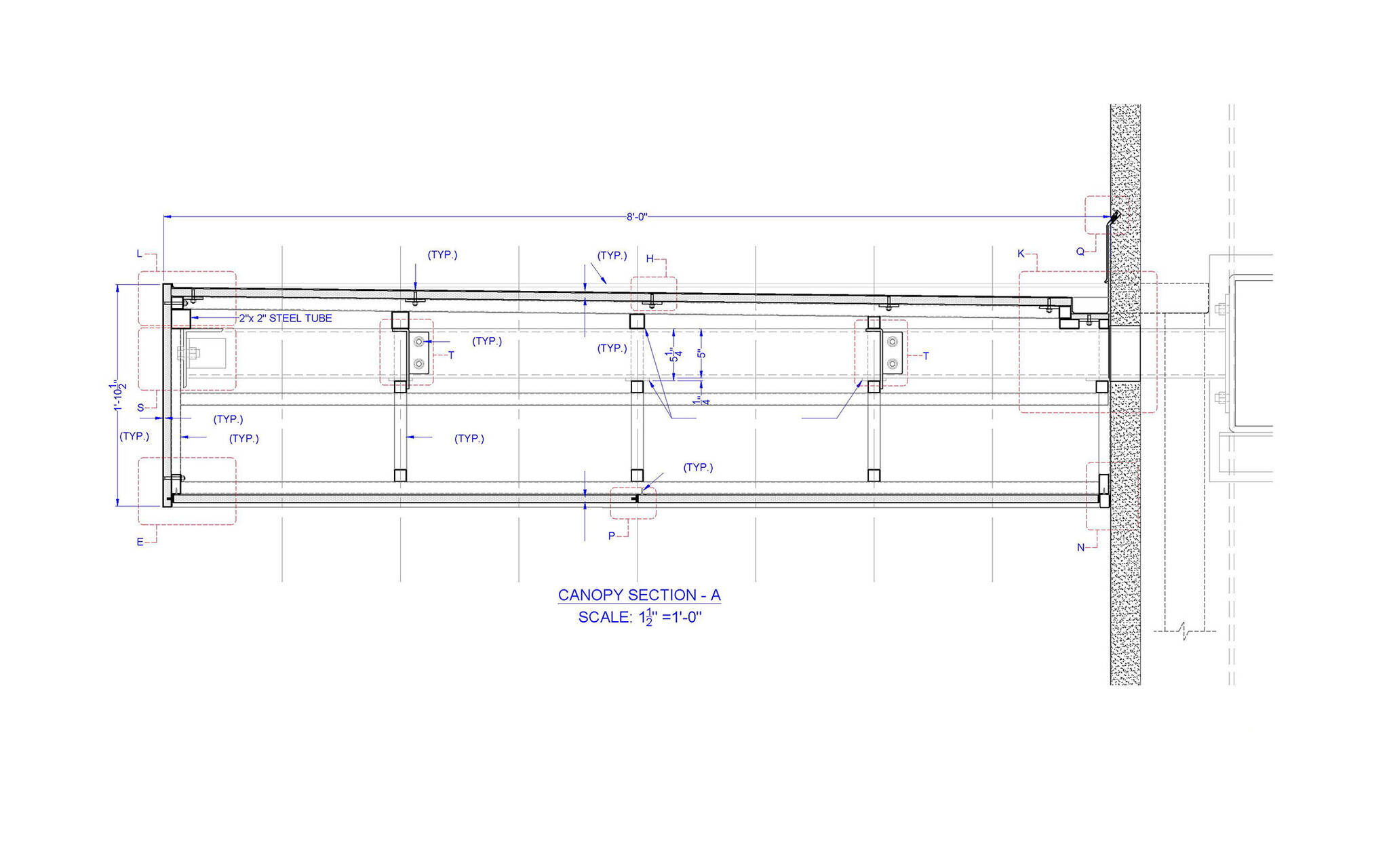 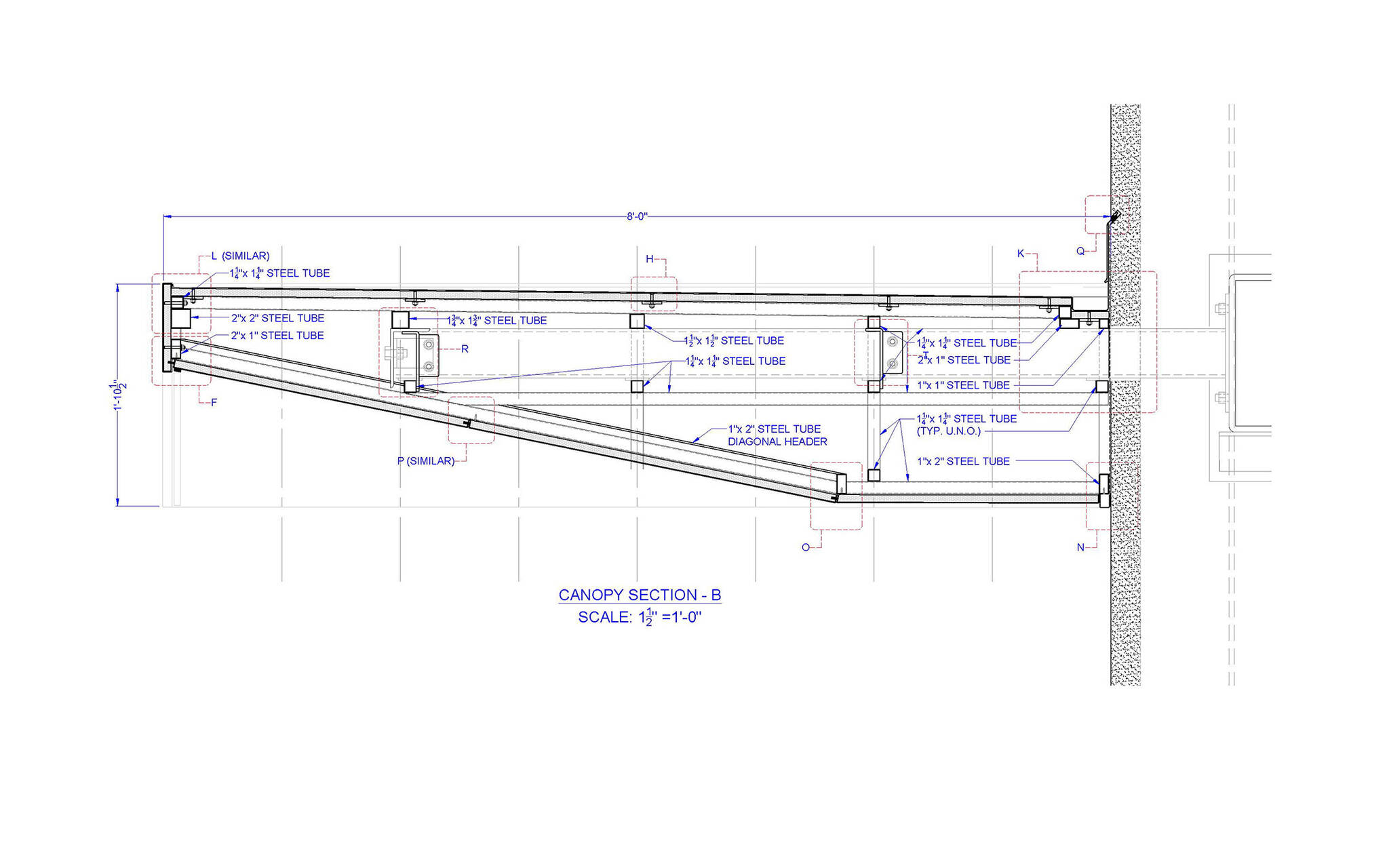 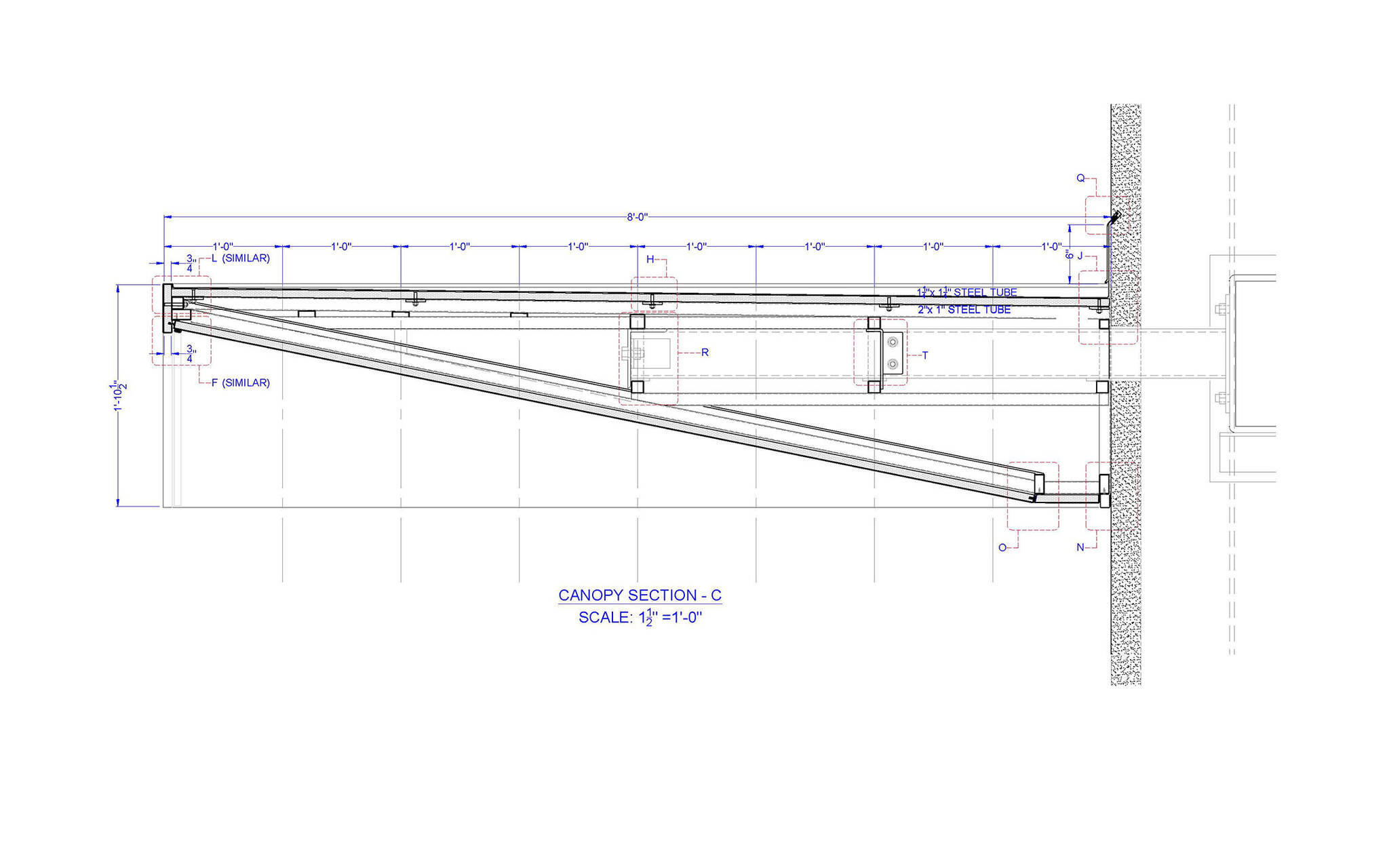 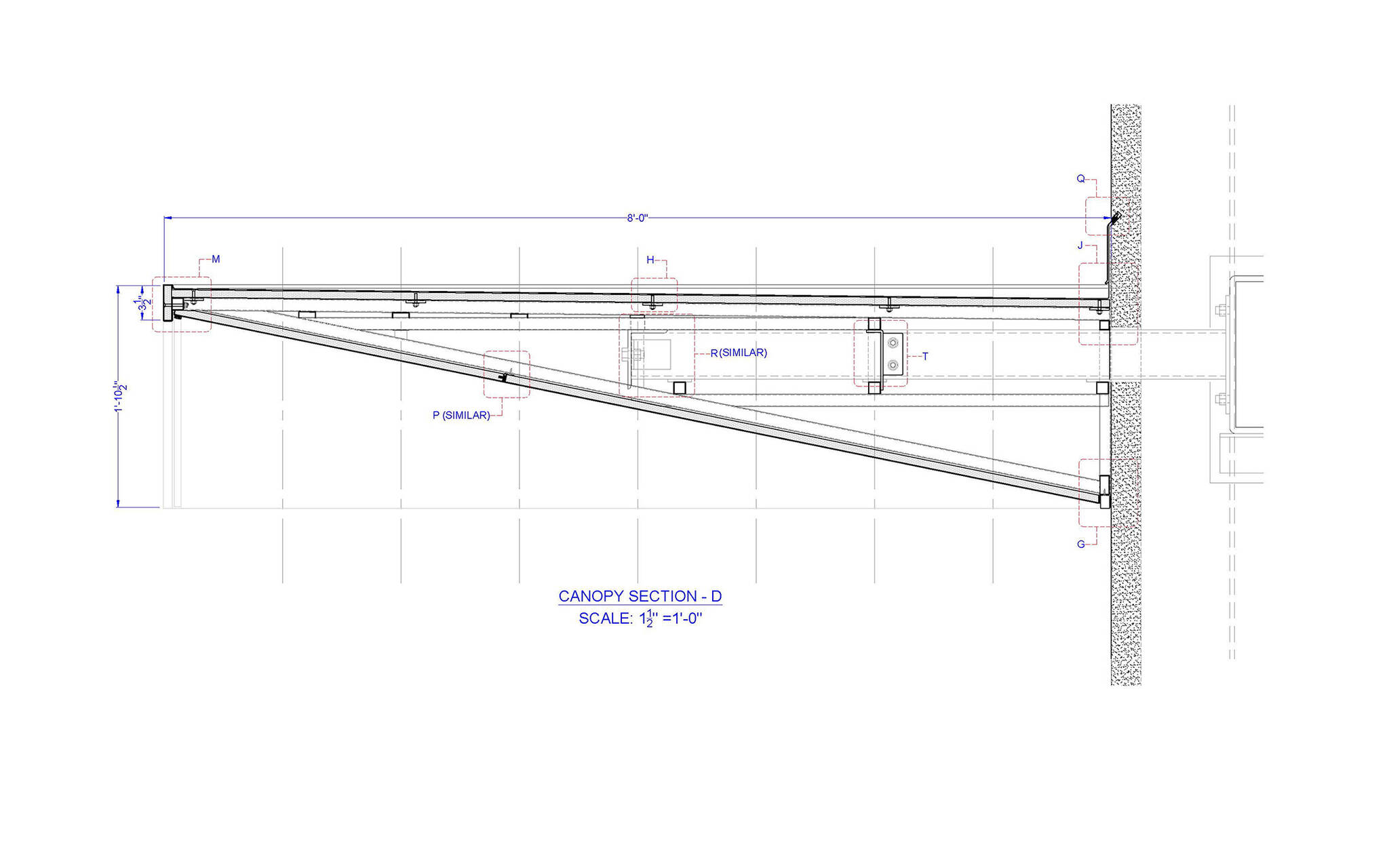 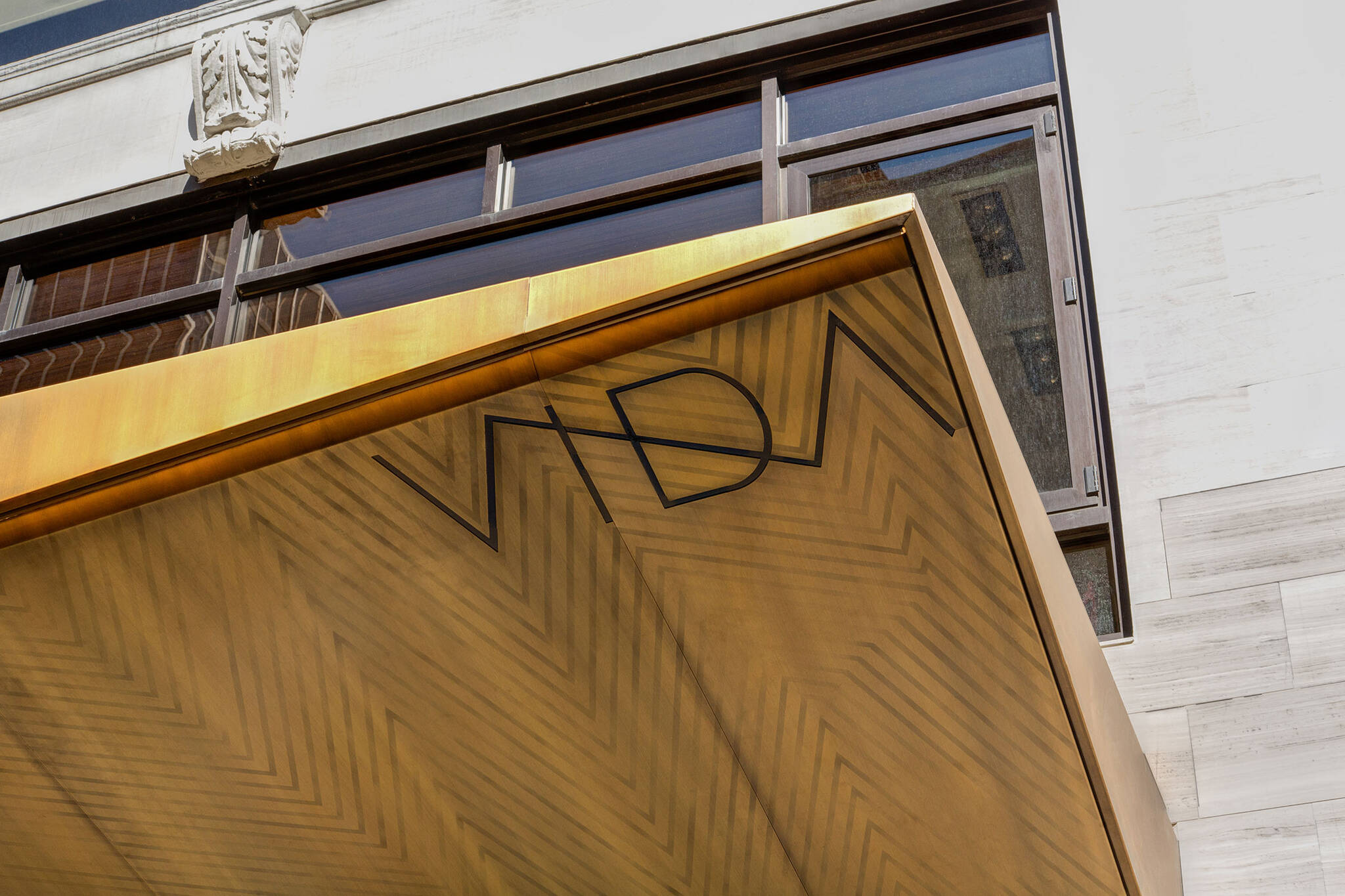 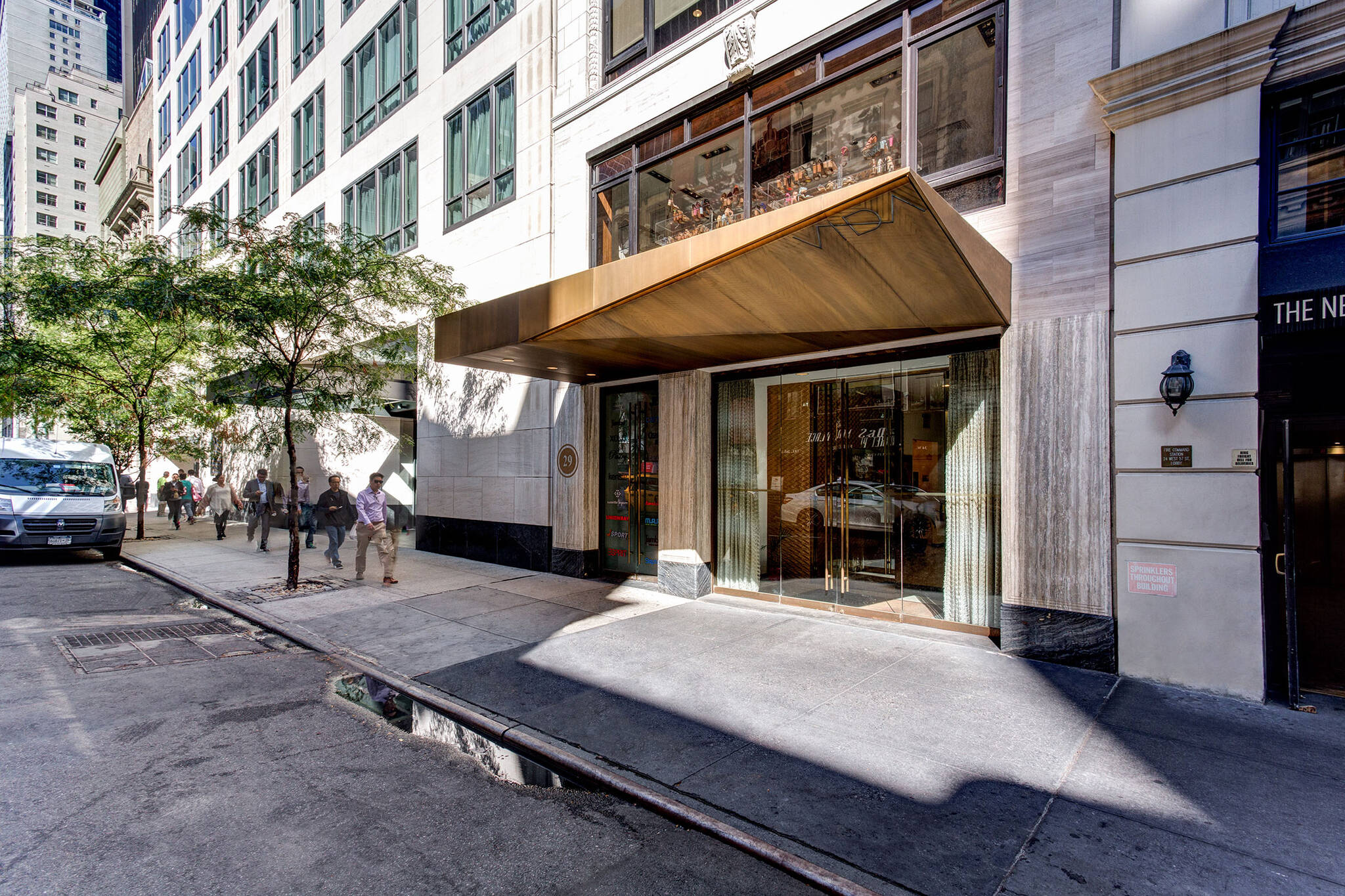 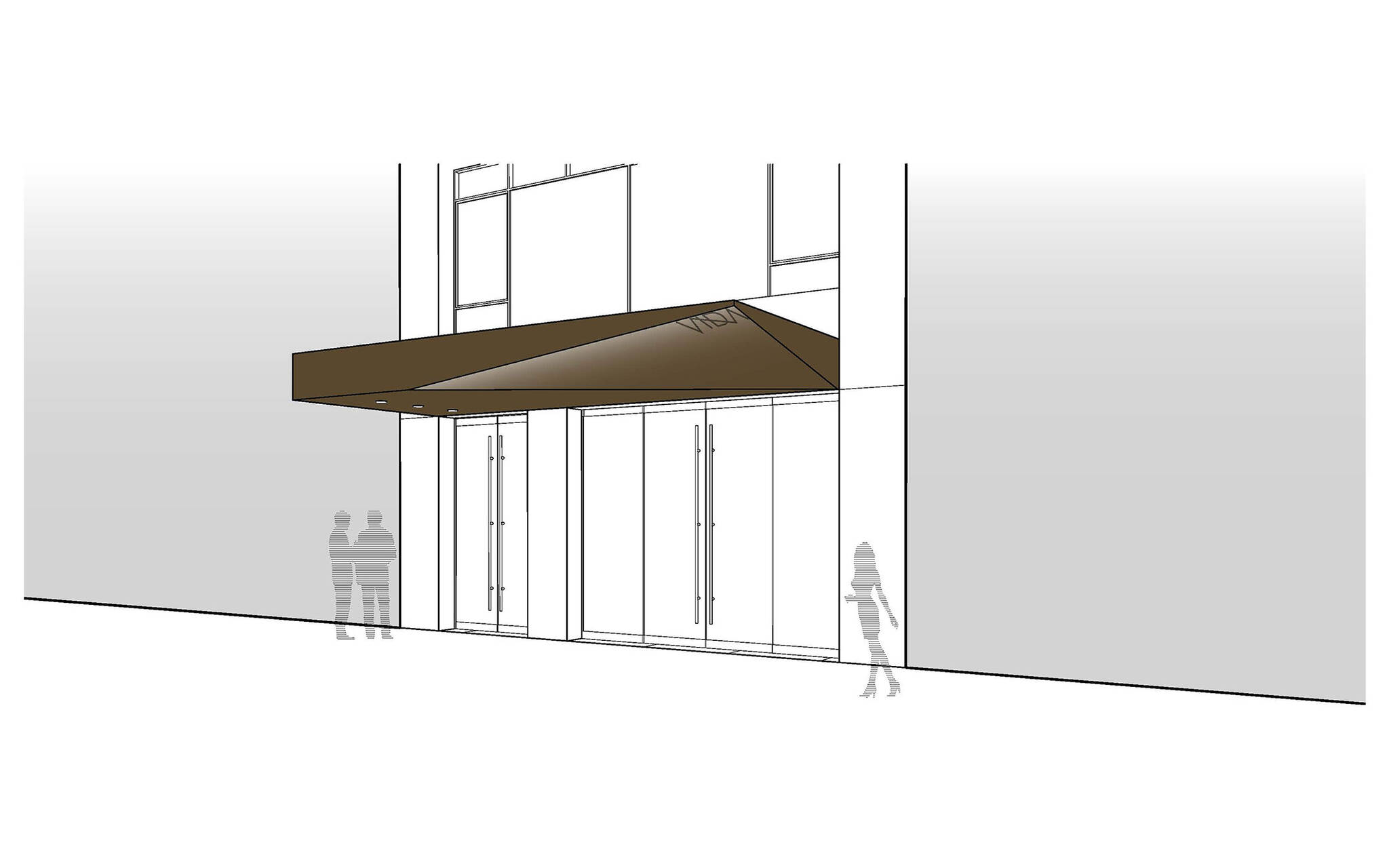 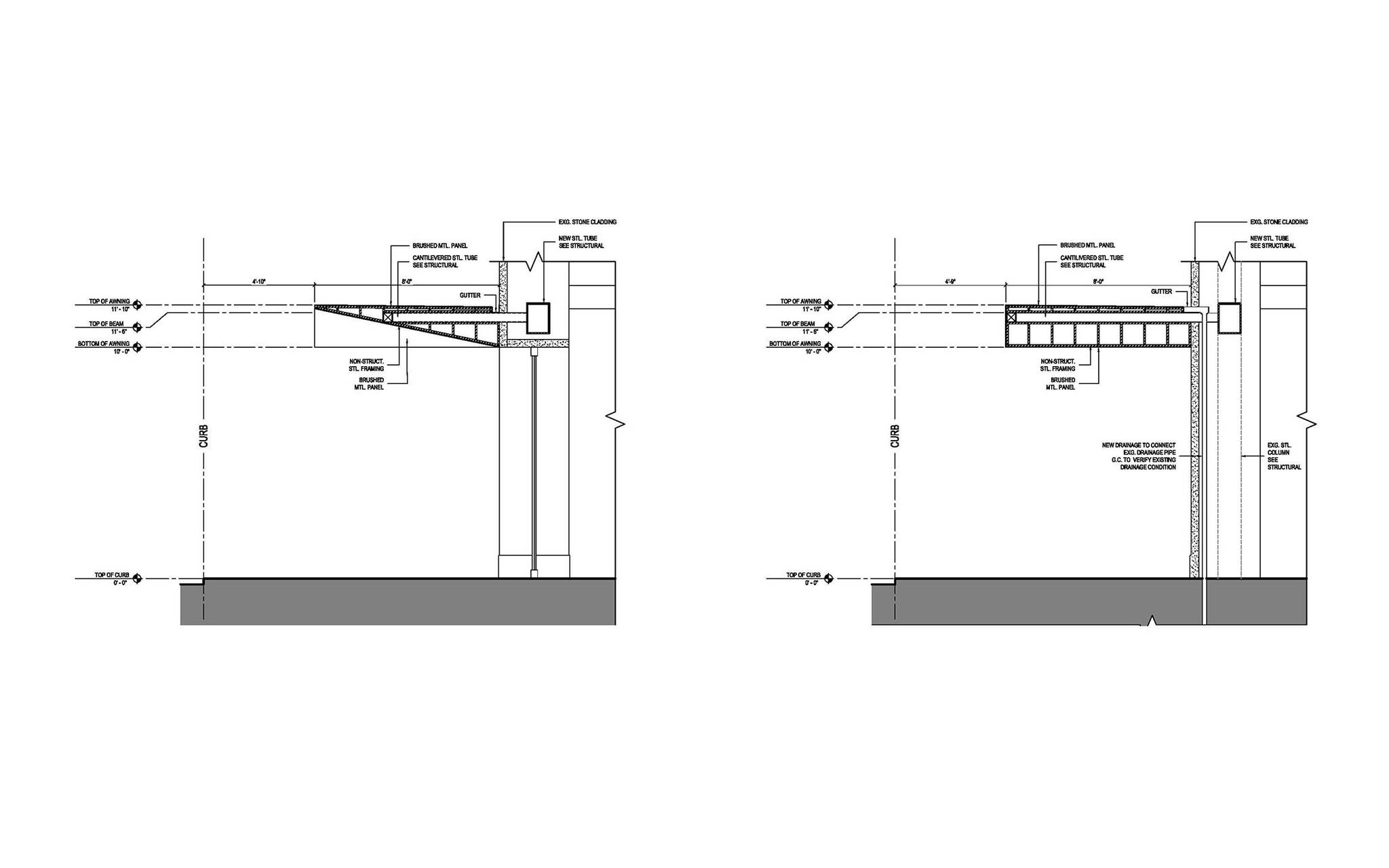 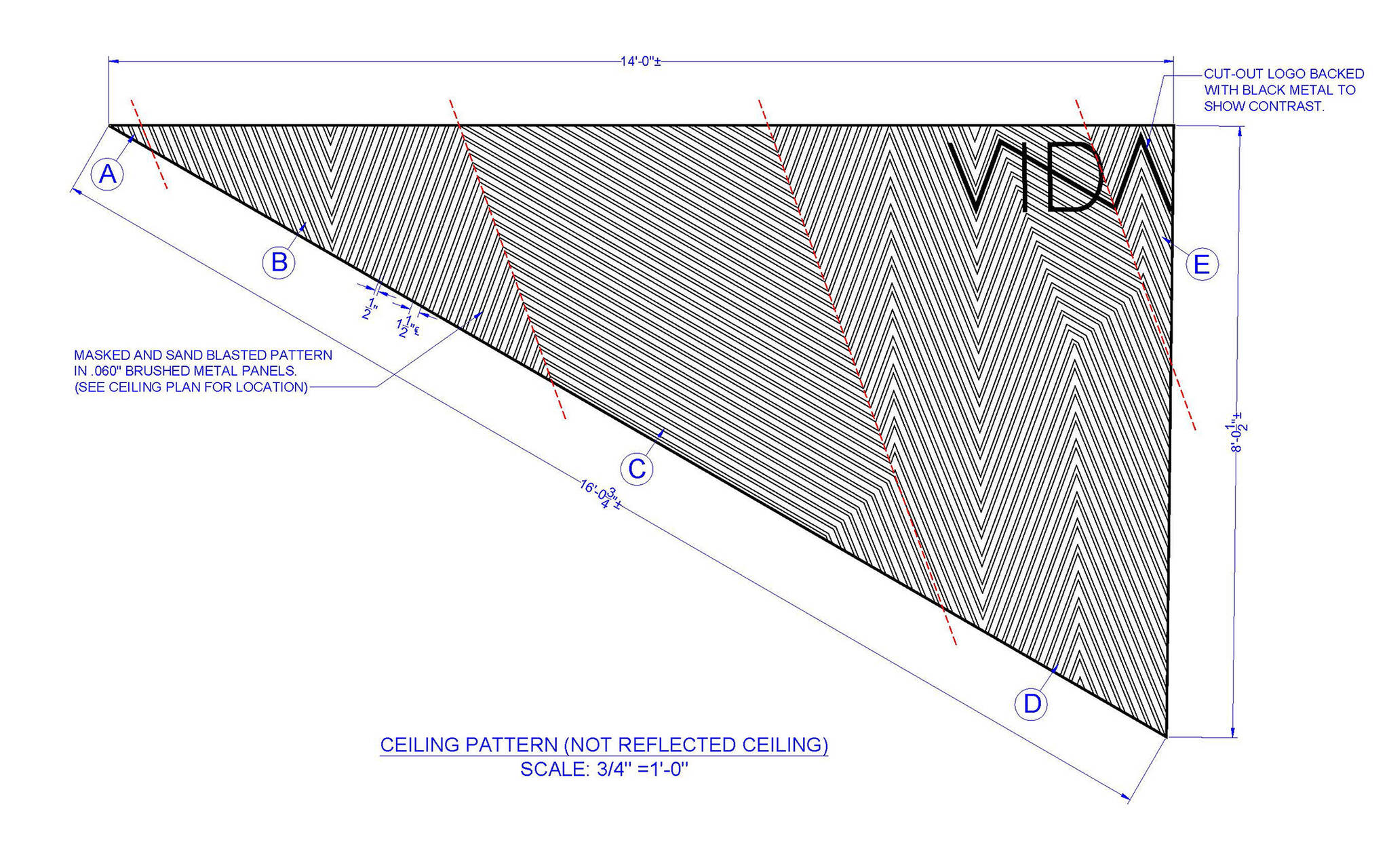 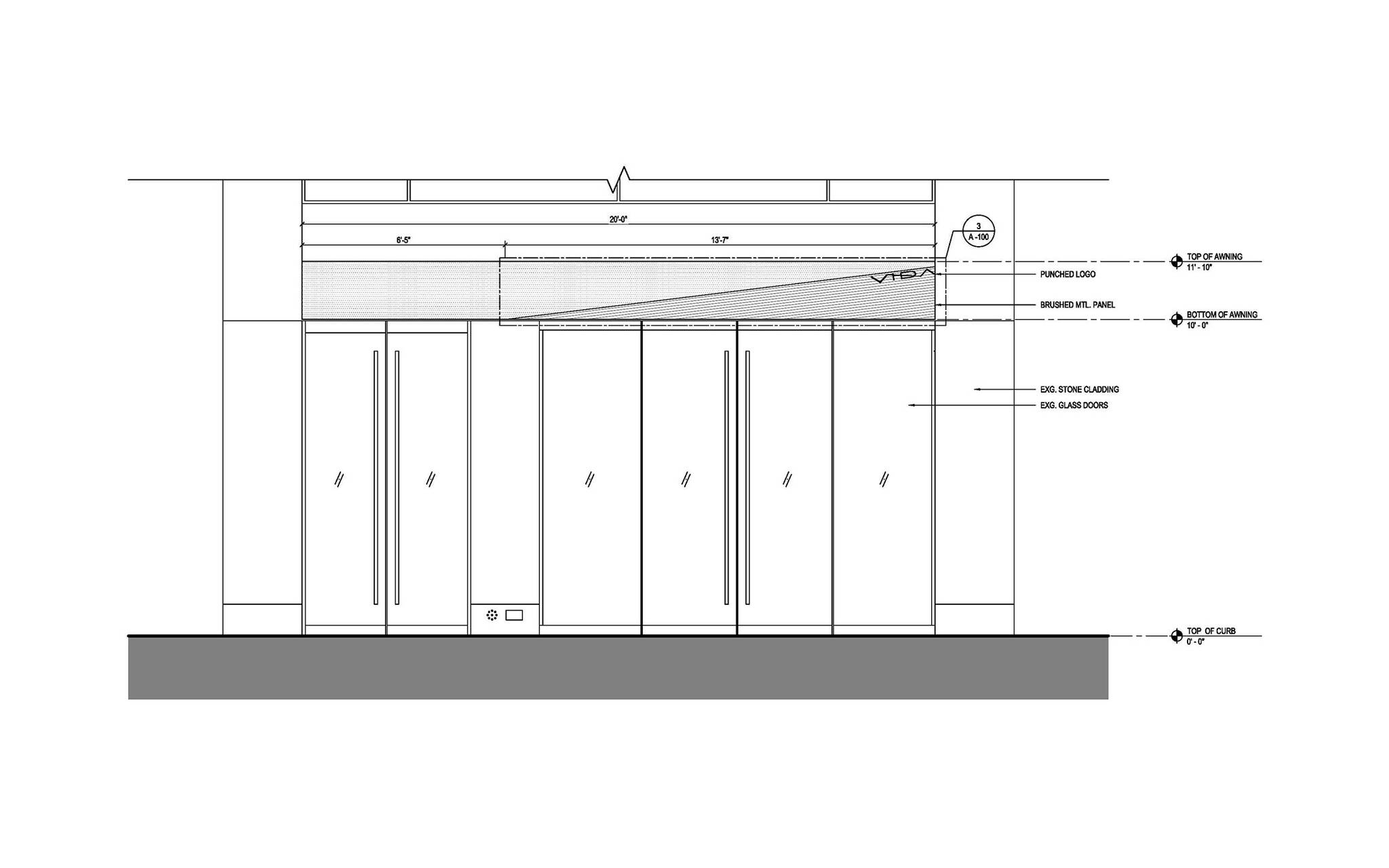 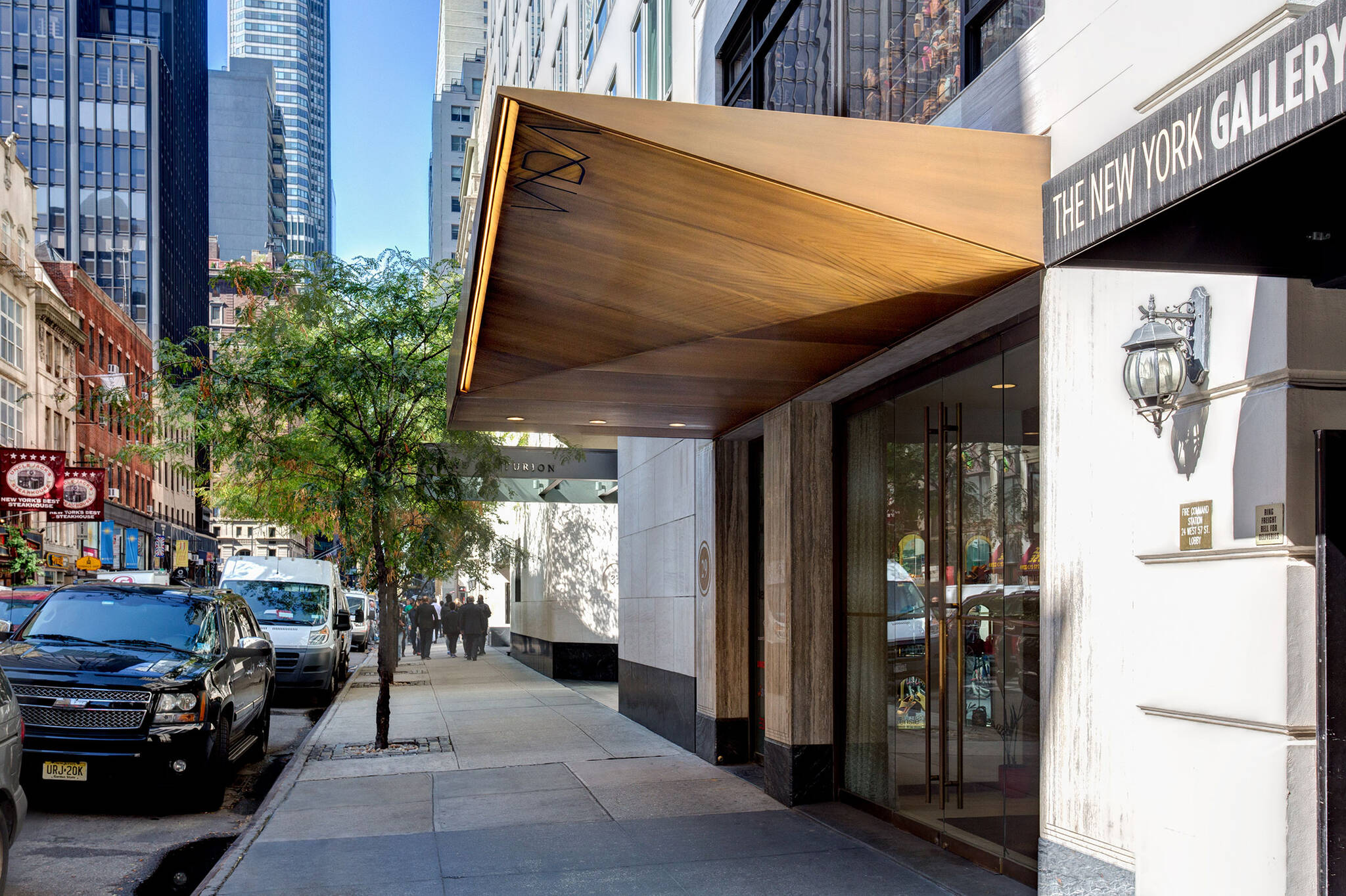 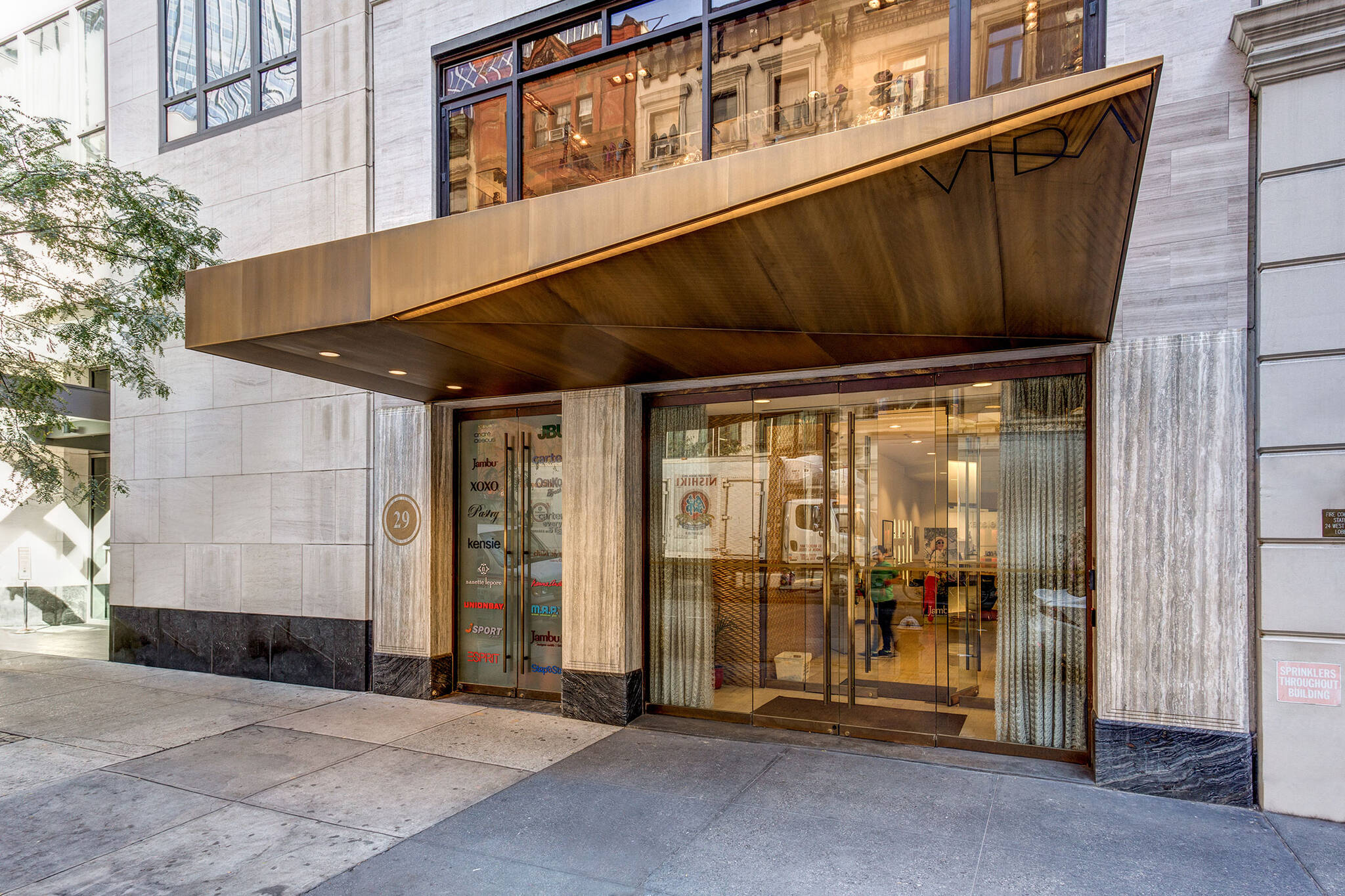